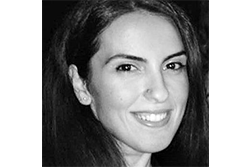 This article presents the image of the capital of Serbia, Belgrade, in parallel with its current governance system and societal status. The analysis that is going to follow examines three elements: the social impact of the adoption of reforms, the expected outcomes in accordance with the European Union (EU) foreign policy goals in the region, and the sustainability of policies, given that the latter are being implemented by the domestic actors.

Before starting the discussion, it is important to highlight the definition of governance as ‘institutionalized modes of social coordination which aim to produce and implement collectively binding rules, or to provide collective goods’ (Borzel and Risse 2010). In this context, I argue that the imposition of external rules which-in our case-, derive from EU mandates, is a task that subsequent Serbian governments have to tackle in a coherent manner. In other words, I believe that external EU incentives have to be adjusted by local authorities who are the core executive bodies of a society that changes on a constant basis not only because of the prospect of the EU accession, but also due to its relatively recent independent statehood.

Moreover, candidate member states cope with a potential failure to respond effectively to the EU requirements on their path to be granted an EU membership. This fact is also reflected by Renner and Trauner (2009) who address the EU’s pre-accession strategy for south-east Europe as a process that does not resemble other EU-third states relationships. They specially conceptualize the negotiations between the EU and the Western Balkans as a procedure without clear time restrictions. However, they emphasize that the transfer of the EU rules on the ground remains the priority goal for the establishment of a long-term cooperation with every third country.

Furthermore, it would be reasonable to allocate part of the responsibility to the local governments who decide to commit to the reconstruction of certain policy areas at a time. On the other hand, the EU appears to adapt its expectations for a regional integration with Serbia according to the requested policy field assistance while it procrastinates the prospect of membership depending on the third state’s capabilities. How much does this phenomenon correspond to a sustainable EU integration for the people of Serbia? Having asked that, I would conclude my argument by underlying that post-war societies seem to struggle to be incorporated into the Union, while the EU itself does not develop a coordinated effort towards the region.