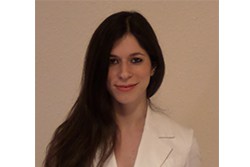 On the occasion of the British referendum on the issue of European Union membership which is scheduled to take place on 23 June 2016, it is important to examine this “referendumania” which is observed lately all over the world and more particularly in Europe. On average, three referendums were held every year in Europe in the 1970s; nowadays, this figure has risen to eight per year (not including countries such as Switzerland and Liechtenstein which traditionally hold frequent referendums). The present article examines the arguments in favor and against referendums.
One can distinguish between the following types of referendums: mandatory, facultative, popular initiatives and ad hoc or optional referendums. Furthermore, they can be binding or non-binding. More than twenty referendums were held globally, with twelve of them being conducted in Europe (plus six in Switzerland and one in Liechtenstein) only in 2015. These European referendums concerned various issues, like electoral and constitutional changes (Ireland, Luxembourg, Romania, Bulgaria, Poland), economic (Greece’s bailout referendum), European Union topics (Danish EU opt-out referendum), social issues (same-sex marriage in Slovenia, Slovakia and Ireland) and other general topics (Malta’s spring hunting referendum).

Switzerland is a particular case with a long history of direct democracy, in parallel with representative democracy. This means that, apart from the elections, Swiss citizens vote approximately four times per year, participating in referendums and initiatives. The frequent referendums concern various issues, such as changes to the constitution, as well as laws.
One of the most popular arguments in favor of the referendums is that they increase citizens’ engagement with public affairs. They could be used as a remedy against the apathy or alienation of many citizens towards politics. In that way, referendums enhance democracy by offering voters more opportunities for involvement. As Professor Stephen Tierney (2010) emphasizes, “referendums could be seen as ‘pure democracy’ unmediated by representatives; a symbolic reminder that democratic authority finds its legitimacy in the consent of the people.” Moreover, referendums can promote voters’ education, as research into experience in the US, Switzerland and Canada has shown that referendums usually raise citizens’ awareness and enhance knowledge of the issues in question.
Referendums are also popular with voters. Citizens usually welcome the opportunity to participate directly in decision-making, or even ask their governments to conduct one. The reasons are that, first, they feel that it is fairer to ask them about several issues and second, they feel that politicians trust and want to follow their opinion. Especially referendums on ‘big constitutional issues’ produce a high turnout.
Nevertheless, the use of referendums presents many disadvantages, particularly when some conditions are not fulfilled. First of all, referendums are inappropriate for complex issues. A “yes or no” option could oversimplify an issue and it could also be argued that asking citizens without specialized knowledge to decide about a complex issue is unfair and even undemocratic. Similar are the cases of subjects which are beyond governments’ control, of transnational policies and of subjects whose repercussions are difficult to be assessed. The example of the British referendum is the most striking. One of the most significant arguments against ‘Brexit’ is that ‘tomorrow is a mystery’. In other words, British citizens are unaware of the precise consequences of leaving the European Union, as well as of the possible alternative policies that the country can follow. Those who wish to leave do not really know, or at least agree among themselves what Britain should try if it actually leaves.
The argument that referendums foster engagement can also be questioned. Indeed, referendums on crucial issues have a high turnout, but as governments use more and more this instrument, it has been observed that citizens tend not to participate in referendums for less crucial issues. According to data gathered by the Centre for Direct Democracy, the average turnout for nationwide referendums in the European continent has fallen from 71% in the early 1990s to 41% in the past few years. Slovakia is a striking example. The country has conducted eight referendums since 1994, but only that on EU membership had a turnout higher than the threshold of 50% required for the result to be valid. In other words, most Slovakians chose to participate only in the most crucial referendum for their country.
Another problem associated with a lot of referendums is that most campaigns tend to focus on peripheral issues and not on the issue in question. For example, the ongoing campaign on the British referendum focuses to a great extent on immigration. Moreover, the problem becomes even more serious when the referendum campaigns go off topic or imply that the real issue in question is different. A recent example is the Greek referendum of 2015: even though the question was about the acceptance of the conditions of a proposed agreement plan, the campaigns of both sides were about the pros and cons of a possible Grexit from the Eurozone.
Finally, referendums are often criticized as constituting only a political tool used when politicians want to avoid proposing and/or applying tricky decisions which may be unwelcome within their own party; when they receive strong pressure by members of their own party or the opposition party; when they wish to strengthen their negotiating power by having the public opinion on their side; or merely when the governing party tends to use demagogic tactics. Margaret Thatcher characterised referendums as “a device of dictators and demagogues”.
In conclusion, the disadvantages tend to outweigh most of the advantages. It goes without saying that referendums are not always the right choice of running a country and they do not always lead to ‘more’ democracy.

-“Referendums in the United Kingdom”, Constitution Committee, Twelfth Report, (2010), Available from http://www.publications.parliament.uk/pa/ld200910/ldselect/ldconst/99/9904.htm
-“Referendum Madness”, The Economist, (January 2016), Available from http://www.economist.com/news/europe/21688416-plebiscite-pushers-have-got-europes-voters-hooked-cheap-rush-direct-democracy-referendum, Accessed 31st May 2016
-“Plebiscites in Europe: Referendumania”, The Economist, Vol. 419, number 8990, (May 2016), pp.32
-“The referendum craze: Let the people fail to decide”, The Economist, Vol. 419, number 8990, (May 2016), pp. 10
-“Why Referendums are not always a good idea”, The Economist, Available from http://www.economist.com/blogs/economist-explains/2016/05/economist-explains-16, Accessed 31st May 2016
-Setala, Maija and Theo Schiller, Referendums and Representative Democracy: Responsiveness, Accountability and deliberation, (Oxon: Routledge, 2009)