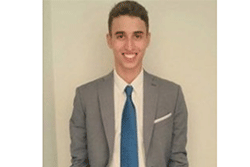 Following the first part of the analysis in regards to the Context and Consistency of the EU policy efforts to influence and (re)shape a global framework to constrain and face the challenge of terrorism, this chapter aims to uncover the two remaining aspects that will facilitate an all-encompassing understanding of the capabilities of the European Union organs. In addition, the context of these actions will become subject of analysis in terms of consistency as well in what will prove to be a methodological and clear-cut research of merits and drawbacks of the actions of the EU since its first engagement in the field.

The funding mechanisms of the European Union are regularly perceived as a one of the most important aspects of the EU input into a global governance model for counter-terrorism. Funding mechanisms are set to strengthen third countries’ resilience and defense against international terrorism. There are several mechanisms that have counter-terrorist aims. According to the reports of the European Commission, Instrument contributing to Stability and Peace (IcSP) is the central tool for the promoting counter-terrorist initiatives in third countries that have developed partnerships with the EU (4). In this matter, the importance of the European Parliament in forging strong interparliamentary dialogue and cooperation schemes, should not be neglected, as Dr. Gerard Quille stressed (5). In regards to counter-terrorism, the IcSP provides assistance for the fight of organized criminal activities, the enhancement of the defense of critical infrastructure as well as border management and bio-security.

In general, the military dimension of the European Union’s efforts for creating a global counter-terrorist regime lack a grand strategy. Nonetheless, the operation Althea that has been carried out for several years by the European Union’s CSDP, has demonstrated that the EU may have the capabilities to deploy boots on ground and provide a direct response to terrorist activities. Operation Althea in Bosnia and Herzegovina in 2004 is arguably the greatest CSDP mission (6 p. 545). The CSDP inherited the mandate from the North Atlantic Treaty Organization in order to provide assistance to the International Community’s High Representative and to local authorities that were struggling with extremism.  The reference to counter-terrorist operations that the CSDP troops had to carry out, is found in the EU document titled as ‘Concept for the European Union (EU) Military Operation in Bosnia and Herzegovina (BiH) (6 p. 545). Moreover, the Mission’s Implementation Plan (MIP) also included provisions on counter-terrorist tasks. The Althea Operation proved essential for protecting the staff of the International Community, paving the way for similar missions of other organizations to be further deployed in problematic regions, following the successful mandate of the CSDP.

Consistency: Lack of Political Consensus in the CSDP Missions

Although the EU has undertaken significant steps towards the promotion of a global governance model that would be established through the diffusion of its actorness, the lack of political consensus on the objectives of CSDP missions remains critical. In general, EU member states lack a common approach on the way that CSDP missions should be deployed. As a result, horizontal conflicts may prevent the operational level of the CSDP. One of the key reasons behind this is that the member states have dissimilar perspectives and interests. In particular, states with a great range of resources and instruments have different perspectives than smaller states, in regards to security culture and threat perception. For example, the German state used to advocate for the strengthening of the civilian dimensions of the CSDP. On the other hand, France supported a rather militarized CSDP (6 p. 549). One has to also consider that several states have not always been supportive of a militarized CSDP, such as Austria and Ireland. The recent attacks in European capitals, though, have emphasized the necessity for a common approach and a consent on matters of effectively dealing with terrorism. However, it is too early to point out to purely counter-terrorist missions deployed by EU member states through the CSDP.

In addition to the vertical conflicts that may arise, there are also horizontal conflicts that have emerged between European institutions. In this case, the parliamentary powers of powerful states such as Germany’s Bundestag, may provide the impetus for settling any disputes. As Patrick Mello highlighted, the German Parliament has illustrated zero internal conflicts on matters of war and peace-making operations. This can be a significant lesson for diffusion for the internal architecture of the European Union’s and the national governments’ institutions (7). Within the German political system, there have been strong motivations for reaffirming a deep understanding and cooperation. The role of Germany shall be highly influential for the role of the CSDP considering the latter’s objections to the militarization of the CSDP in the past.

To conclude, EU actorness in a global and multilateral counter-terrorism regime has several insights to offer. The methods and mechanisms that have been employed by the Union and its Member states in a European as well as international level highlight the international character that the EU has attributed to counter-terrorism. The EU’s actorness based on the framework of context, coherence, capabilities and consistency may be labeled as a model that could be diffused to various regional organizations in order to promote the establishment of a global governance model that would effectively and efficiently combat terrorism. The position of the EU within the UN and the G7 as well as its Counter Terrorism Strategy and its CSDP Althea Operation have led to the conclusion that the EU Union has shown adequate evidence to perceive it as a global player in the fight against terrorism.